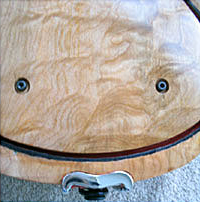 I very much like the “tear-drop” shape of this instrument. The complex grain of the Curly Maple, in combination with the player’s choice of Cocobolo wood for the tailpiece, chin rest and nut of the instrument resulted in an instrument that stands out in a room even without being played. The red of the Cocobolo and the light-colored Curly Maple are an unusual, though dynamic mix of two very different woods. 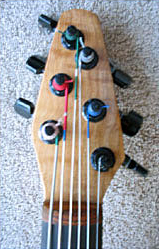 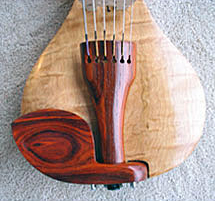